For anyone who hasn’t lived under a rock, hero movies are here to stay.  The Marvel franchise is a juggernaut and is destined to break records at the box office right on the heels of the mega-hit, “Black Panther”.  Avengers: Infinity War is a thrill ride, with lots of quips and humorous jabs between all the characters all played by very big name actors.  Without giving away spoilers, I think some of my favorite scenes were the quips between the superheroes, whether it was Peter Quill (from Guardians of the Galaxy) mocking Thor or Spiderman introducing himself to Dr. Strange or Captain America asking for help from the Black Panther in Wakanda, be prepared to laugh and enjoy a fun ride.  There is also a notable cameo by Peter Dinklage which is bound to make any Game of Thrones fan smile to see him in such a large role.  Despite all the star power behind this movie and the quick jabs of humor interspersed with the goal of the heroes to thwart the plan of  the evil Thanos (played by Josh Brolin).

As much as I wanted to give this film a good rating, the ending was just too weak and unsatisfying.  Don’t be surprised if you leave the theater going “huh?” As they say in gymnastics tournaments, “you gotta stick the landing.” So with that, I should know better to have high expectations when going to see a movie like this.  But the good news is that with a cliffhanger ending, there will no doubt be another movie to follow-up on this one.  Great movie for the family, for a date or alone, just be prepared that you may be wanting for more in the end.

No votes yet.
Please wait...
Voting is currently disabled, data maintenance in progress.

Summary Otherwise, I was very impressed.  To rate the top three Movie Muse Categories: Acting – 4 stars Cinematography – 3 stars Special Effects – 4 stars I gave this movie 3.5 stars mostly because the ending was so bad and unsatisfying.  Yes, it is worth going to a big screen theater, but if you can wait, getting it from the library or on DVD is also a good choice because in the end, despite all the star power, it is still an average movie. You'll be entertained, but wanting for more. 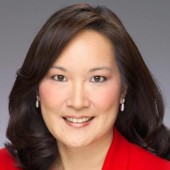